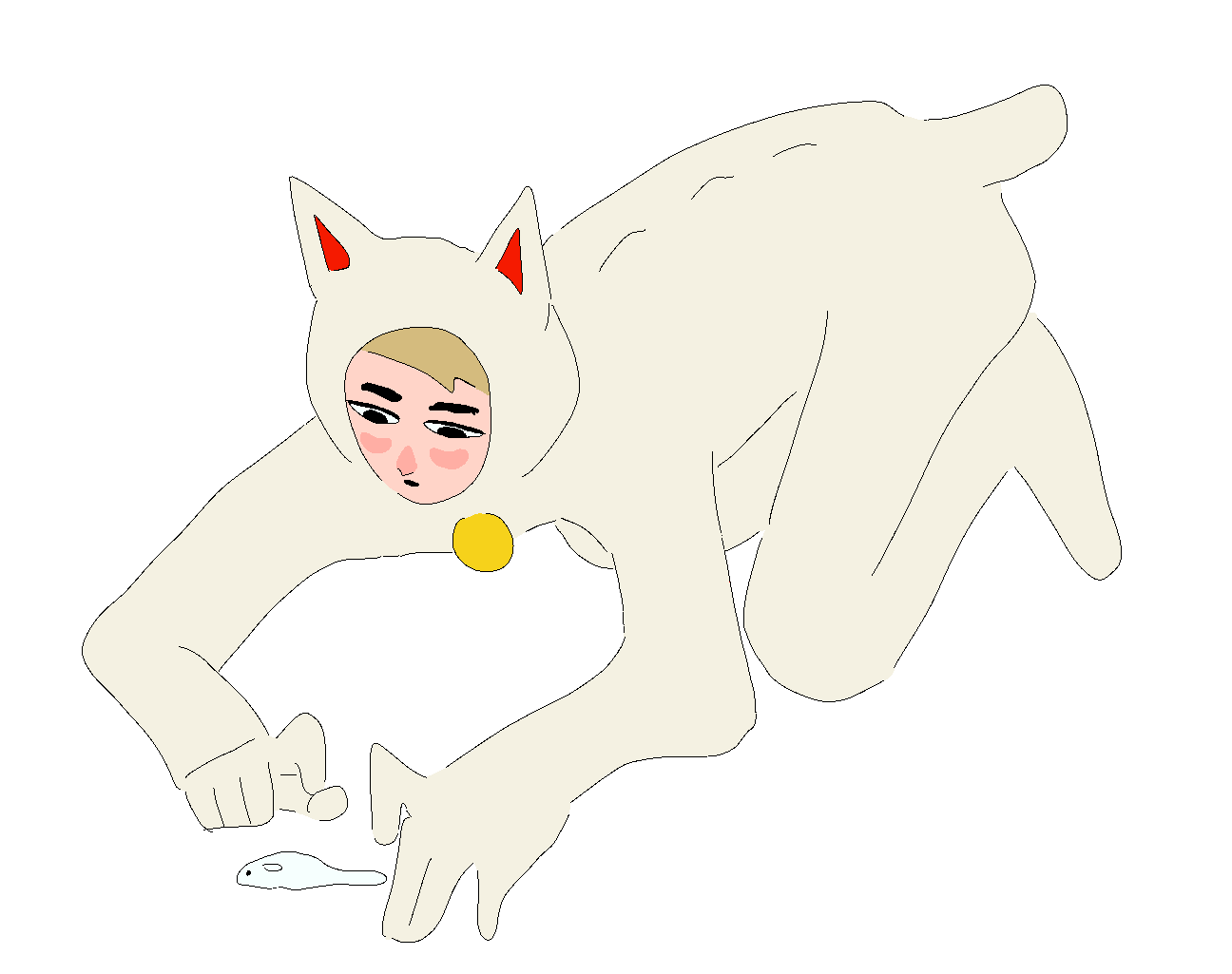 Although Hans is Rolf's brother, he may as well be his opposite. Wild and impulsive, he often agrees to stupid bets for $5. Under this macho facade is a mentally unstable 15 year-old boy with frequent suicidal thoughts and delusions of grandiosity. Hans loves his brother more than anything and hates just about everything else, although he rarely shows it. Albeit filled with malice and rage, Hans can also be quite perceptive despite his goonish nature. He meows without provocation and vomits frequently, symptoms of his dwindling mental and physical state. He's also legally considered a leper, and his overly violent worldview can probably be attributed to his constant suffering.